If you live in the south, you might know Booths as ‘The Waitrose of the North’ – and you won’t be surprised to learn that we're likely to retort that ‘Waitrose is the Booths of the South’.  But three things make Booths so much more than that, and they are the same three things that made the company integral to my novel:  their Lancastrian family story; their reputation as an employer; and their philosophy about food. 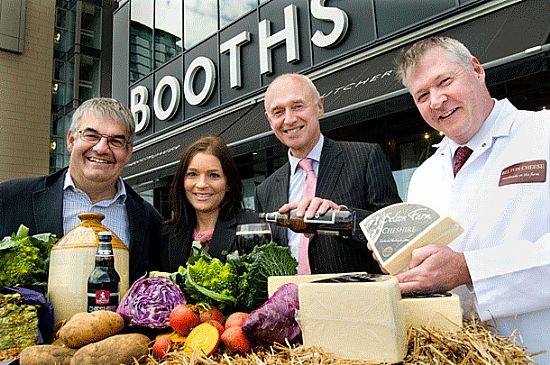 Booths is a long-established family company, founded in 1847 by Edwin Henry Booth in Blackpool in 1847.  Edwin was only 19, but he had the confidence, ambition and foresight to borrow £80 from the family grocer to whom he was apprenticed in order to open the China House in Blackpool: he repaid the debt three months later, and he was on his way. 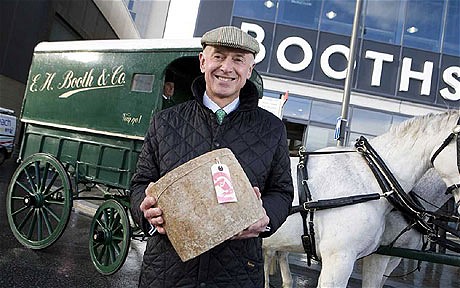 When I first conceived the idea for the novel, I wrote to the current chairman, Edwin Booth, who is part of the fifth generation of the family.  He invited me to their headquarters near Preston, and was wonderfully informative, charming and generous with his time. 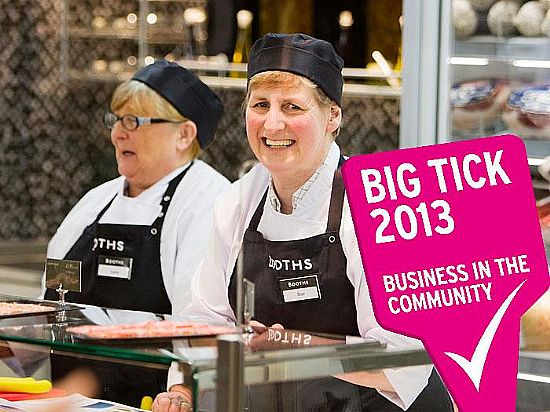 The company is run on the principle of selling 'the best quality goods in attractive shops staffed by first class assistants.'  Long before John Lewis, Booths employees were given a bonus on company profits, and in 1920 they were first offered shares. When you visit a Booths store today - and you can click on this link to find out where they are – you can tell that the staff take a pride in their work and have a sense of ownership and belonging. 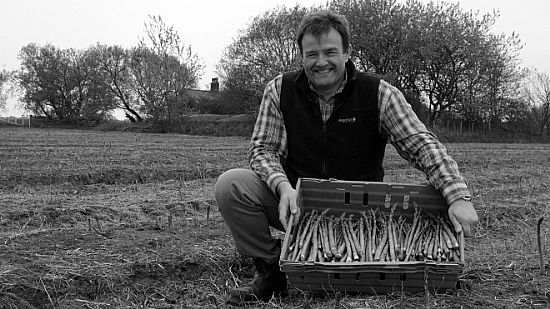 Their philosophy towards the cultivation and distribution of food is admirable, and one that other supermarkets should aspire to.  I first became interested in this when I saw a documentary by Rebecca Hosking, ‘A Farm for the Future’ in which she investigates modern farming’s dependence on oil and goes on to explore the effects on the land of years of commercial seed mix, pesticides and other modern farming methods. Central to the Booths philosophy is their relationship with local food-producers. 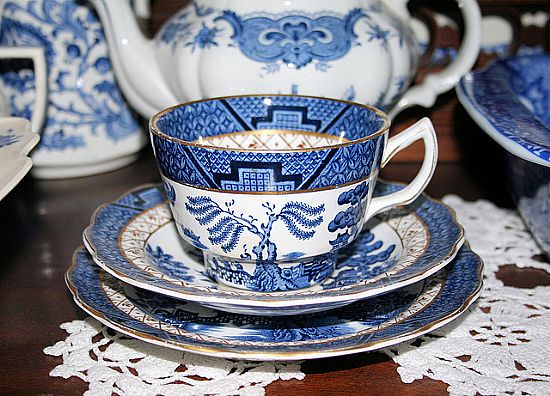 In 1921, the farm in my novel is taken over by the emancipated and charismatic wife of a local landowner, and run as a home farm.  Among other things, she is a follower of Steiner and therefore runs it according to his biodynamic agriculture ideas, so it does not go down the path that many farms were taking at the time:  oil-fuelled farm machinery and commercial seeds and chemicals.

A frequenter of cafe society in London, and a devotee of Fortnum and Mason and quality food, she is delighted, having moved north, to discover Booths food stores and their delightful tea rooms.  While I was writing the novel, I sustained myself with their tea, served in their original Real Old Willow china like this!