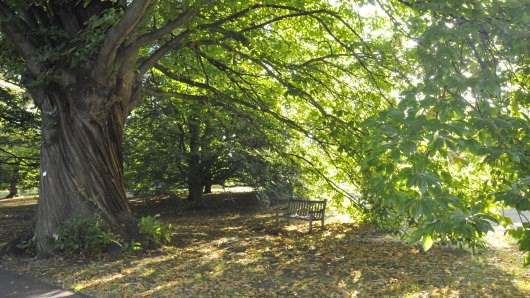 I love chestnut trees:  they're made for secrets.  Secret dens in the branches, secret hiding holes in the knotty trunk, secret trysts under the sweeping skirts of fully-laden branches in the summer.  So bounteous, too:  huge leaves the size of a Shire's hoof, wonderful flossy white or pink candles in the spring, glossy conkers in the autumn.

The idea for Under the Spreading Chestnut Tree grew organically.  Germination occurred at a Pen and Tonic taster day:  we were asked to write about some of the different names we’d been known by, and I wrote a paragraph about being called ‘Ower Valerie’ by my maternal grandparents, who lived in deepest Lancashire.  Once I’d tapped into recollections of staying with them during the summer holidays as a child, I found that memories I hadn’t visited for some time were amazingly vivid:  an acorn was forming.  I’m not drawn to writing autobiography, but fictionalisation of certain elements appeals greatly:  I wrote a short story called ‘Fresh Air’ which was published in Vintage Script.

A sapling sprouted, and I found myself making notes for a novel set in that village, drawing on a range of my own experiences and those of my mother, who’d grown up there but escaped to Manchester.  I was particularly intrigued by what had made my grandma such a disagreeable, disappointed person, why my adorable grandad had ever married her.

I wondered how he’d been affected by his experiences in the Lancashire Fusiliers in the First World War - like many men of his generation, he never talked about it, though he must have suffered greatly.  There is a clear parallel between Stanley, who has just returned from the First World War, and Richard in the modern day, a veteran of the first Gulf War and other conflicts, who has experienced atrocities we can only barely imagine.

I was intrigued too about my mum’s escape from the village:  she grew up on a farm but would never talk about her past.  'I'm a city girl now.'  I’m interested in the psychological effects of parents on their children, and a curious ebb-and-flow we sometimes perceive as the generations unfold.  I’d just read Alan Hollinghurst’s The Stranger’s Child, and was deeply affected by his ideas about place.  I decided to have two central protagonists living in the same place one hundred years apart:  Annie Keaton and her grandmother's sister Esther. 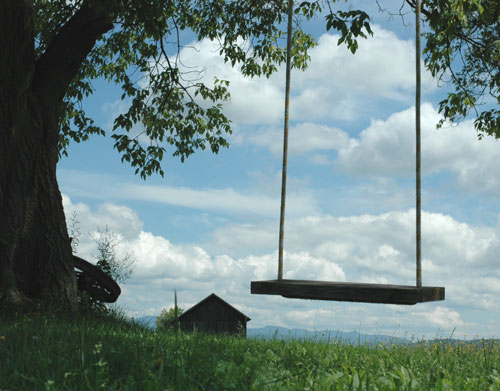 Esther’s first person narrative is set on a fictionalised version of that farm in Lancashire in 1919.  Her father is a blacksmith, and in the opening chapter she is seventeen when her baby brother disappears whilst in the care of her younger sister Izabel.

What happens to the family in the aftermath?  Can Izzy really be to blame?  What will she do to win Stanley's heart and inherit the farm?  And what really happened to little Bertie?

You'll need to read Annie's story to find out.