The tales themselves were written down by J. W. Fawcett. 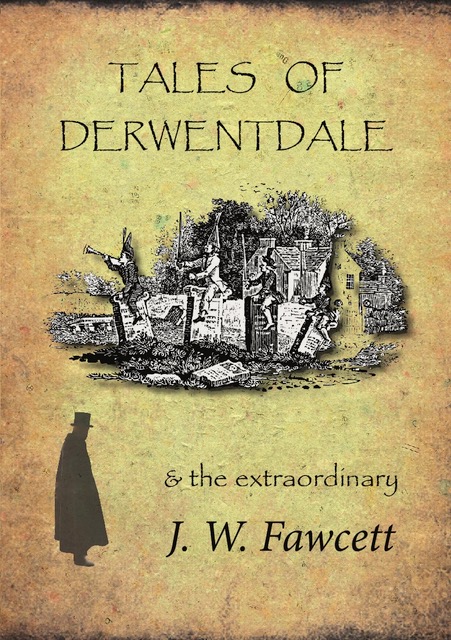 The riches of the Land of Oak & Iron lie not only in fertile soil, mineral wealth, invention, industry and a history that goes back to the Romans.  Its greatest wealth lies in its people, and people love stories. Teeming with devils, boggles, witches, giants and marauding moss-troopers, the Tales of Derwentdale conjure the magical mysterious past of our farms and villages. In setting down these myths, legends and anecdotes in 1902, James William Fawcett drew on centuries of traditional tales, many of them passed down by word of mouth.

But it turns out the man himself was a mystery, and some of his best stories were about himself. Traveller, adventurer, naturalist, linguist, historian and writer he certainly was.  But was he also an intelligence officer working closely with Lord Kitchener?  Did he really enter Khartoum immediately after the murder of General Gordon?  Was he shipwrecked three times and rescued by gunboat?

Last published in 1902, this new edition of the Tales of Derwentdale, now illustrated by the wondrous woodcuts of Thomas Bewick, will thrill and entertain a new generation of readers.  And then the extraordinary story of James William Fawcett is told for the first time, along with extensive extracts from his wonderful work on the natural history of the Land of Oak & Iron.

The book is available from the Land of Oak & Iron Heritage Centre in Winlaton Mill, and selected local outlets in the area.  It is also available nationally and internationally through Amazon.